Jiuzhaiguo is initially the sole reason we decided to take this trip in the first place. My mom, who heard about it from my aunt, decided that before she gets too old to travel, she will go to Jiuzhaiguo. What I knew about Jiuzhaiguo before I left for China was just one word: beautiful. And it seems like it’s a good enough reason to go to any place! But, what I know about Jiuzhaiguo after I left China is two words: breathtakingly amazing.

Literally meaning Valley of Nine Tibetan Villages, Juizhaiguo boasts natural beauty unlike anything I’ve ever seen before. It lies in a mountainous area of Minshan, and it consists of 3 valleys: the left, the right and the middle valley (according to my tour guide, David. 😀 ). Along the valley, there are numerous multi-level waterfalls and lakes with incredible clarity and colors. Some of the lakes (or ponds, if you will) has 5 colors, each of which clearly separable from the other instead on just mixed into a brown color.

One of the lakes, the Arrow Bamboo Lake, is the place where the movie Hero was shot. If you remember the scene where Jet Li was fighting on top of a very beautiful lake, with mountainous background – that’s it.

Because of its natural beauty that’s almost unwordly, Jiuzhaiguo was also called the Fairyland. It’s multi-colored lakes, the picturesque mountains, the splendid waterfalls, and the difficulty to reach this place really makes Jiuzhaiguo lives up to its name.

Due to its rather remote locations, the trip to Jiuzhaiguo itself is a bit tricky. Since I went on a tour, we flew first from Singapore to Chengdu – the capital city of Sichuan province – and continue by bus to Jiuzhaiguo, driving along the Minjiang river. We arrived in Chengdu at around 5pm, and the trip to Jiuzhaiguo takes 8 hours. So we had a stopover at Mao Xian – about 3 hours bus ride from Chengdu. 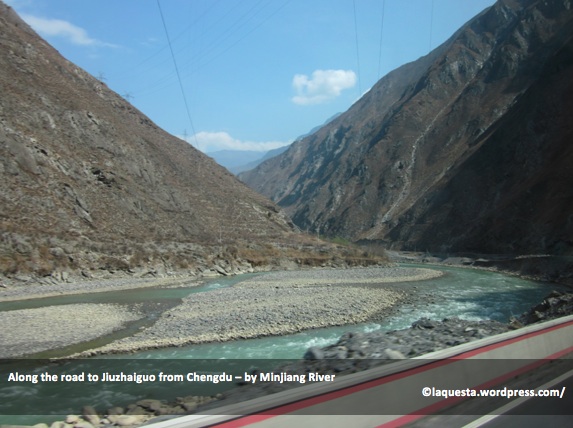 Unfortunately, the trip took much longer than we expected because there was a road construction in a spot near Mao Xian. The construction is an ongoing project to repair the highway access from Chengdu to Jiuzhaiguo that was destroyed in the 2008 earthquake in this area.

However, although it seemed to last forever, but the scenery along the road was also stunning. It’s high, steep and rocky mountain on one side, and flowing river on the other. The mountain cliffs seem like it was carved on purpose, making it look scary and majestic at the same time. Seeing the scenery made me think that the local people must have had a hard time living there in the old days, and even now.

A Walk in The Park

Jiuzhaiguo is a national park, so going around the whole complex should just be like a walk in the park, right? Not! The whole area encompasses more than 700 sqkm forests and mountain, and it’s very steep & hilly. So, well, it’s not quite a walk in the park! 🙂

The government, however, has taken several steps to ensure that the tourists get to experience Jiuzhaiguo in a very positive way and only remember the beautiful sceneries instead of the hard work in reaching the place. So, there are public busses and mini-busses for us to reach our destination.

The busses is a shuttle bus that goes around the area, so you can just drop off in wherever spot you want to see. The busses stop in every “attractions” – the different rivers, waterfalls, traditional houses – from the entrance and back to the exit. So it’s really a nice trip. Although with the tour group we took bus all the way up and down to save time, most people seem to just take the bus to the top, and walk down to the other “attractions”. In a nice weather, it’s a nice walk.

As we get into the lakes with different colors, I can’t help but feeling rather helpless and thinking that God must be in a really good mood (and has supergreat power!!) when he created this area. 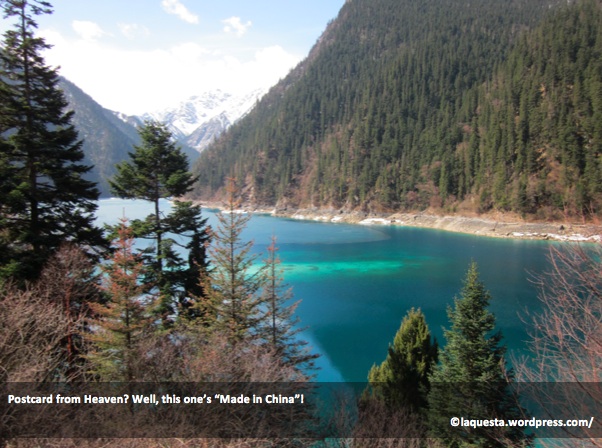 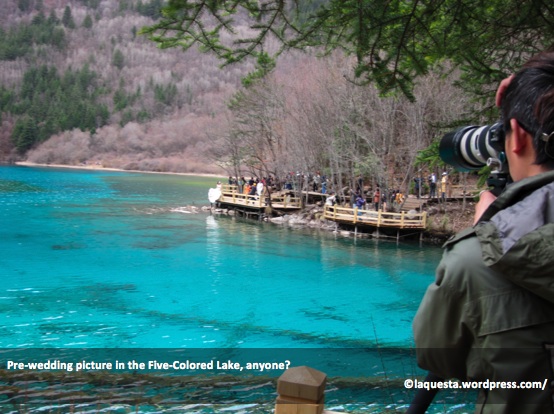 Oh well, no picture can do justice to the real scenery in Jiuzhaiguo, so I’ll leave the rest to your wonderful imagination. 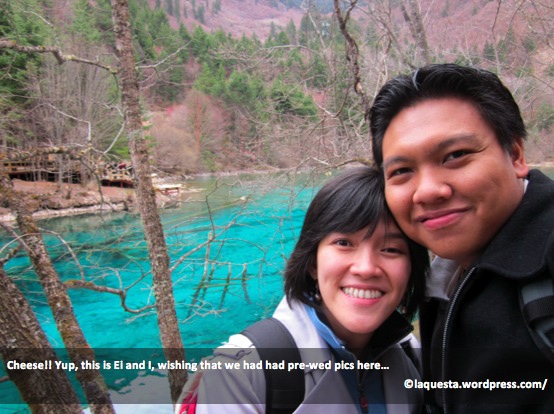 a newbie in new social media. an optimist. a joker. wannabe. View all posts by Nena Brodjonegoro

Welcome, and thank you for visiting! I write about various things that is important to me, and that mostly revolves around my kids, my daily activities, and my takes on my surrounding. Hope you find something useful here!